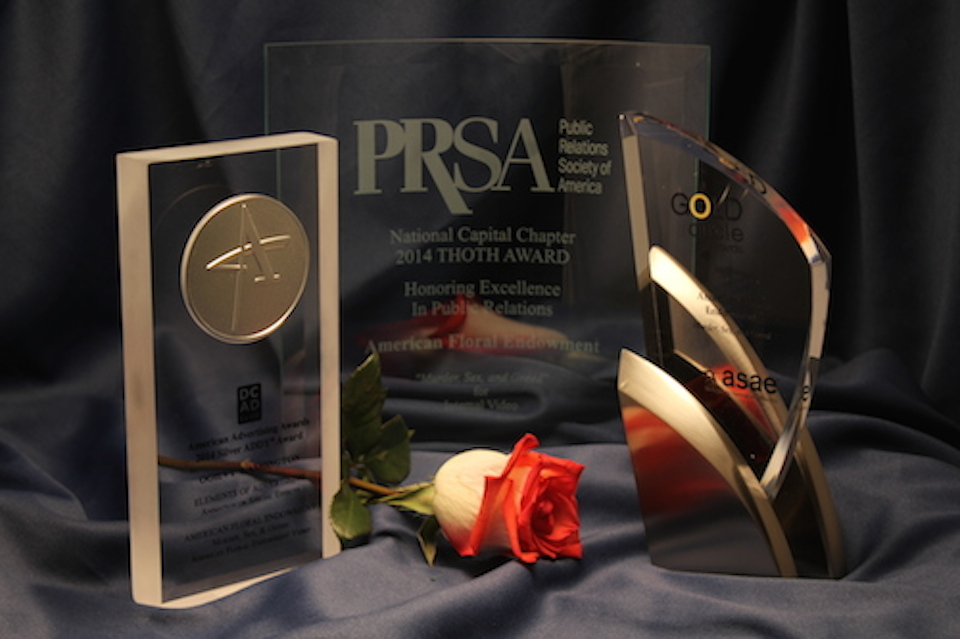 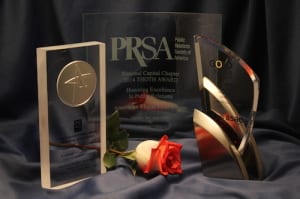 Three for three! The “Murder, Sex and Greed” animated awareness video produced by AFE in September 2013 has won its third communications award, a Thoth Award bestowed by the National Capital Chapter of the Public Relations Society of America. The video was developed to educate the floriculture industry about the positive impacts AFE makes on critical industry concerns.
AFE took home the highest award in the internal video category at the 46th Annual Thoth Awards Gala, which celebrates the best public relations campaigns from the Greater Washington, D.C. area. The Thoth Awards is the longest running public relations awards program in the D.C. area. 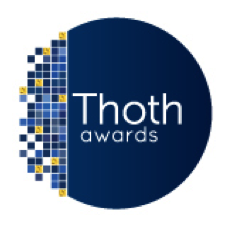 Named for the Egyptian god of communication, the Thoth Awards recognizes the most outstanding and strategic public relations efforts developed and produced in the Greater Washington, D.C. area.
“The Board of Trustees is honored that AFE has been recognized by three leading communications awards programs for our unique approach to raising awareness,” AFE Public Relations Chairman Charles Kremp said. “The video shows all the good that has been accomplished thanks to AFE donors while also introducing a new generation of supporters to the Endowment.” 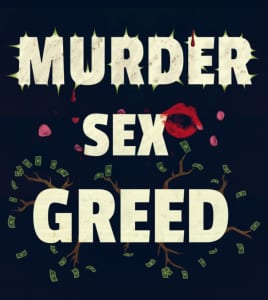 If you have not yet seen the minute long entertaining “Murder, Sex and Greed” video, it is a must see for all segments of the industry.
In March, The DC Ad Club presented AFE’s first award, a Silver 2014 American Advertising (ADDY) Award recognizing the video’s creative excellence. And in April, the video won a Gold Circle Award from the American Society of Association Executives (ASAE) for excellence in association/nonprofit marketing and communications.