AFE brings home the gold! AFE earned its second major industry award, the Gold Circle Award from the Center for Association Leadership (ASAE), for its original “Murder, Sex and Greed” animated video, developed to educate the floriculture industry about the positive impacts AFE makes on critical industry problems.
“The awards AFE is winning prove that being innovative and taking some creative risks pays off,” Paul Bachman, AFE Chairman and President of Bachman’s, Inc., said. “Ultimately the entire industry wins from this increased awareness of the Endowment and how it works to advance the floral industry.” 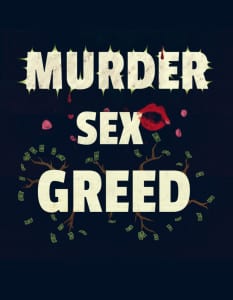 The Gold Circle Award was bestowed upon AFE’s video for its excellence, innovation and achievement in association/nonprofit marketing, membership and communications.
With more than 195 submissions, this year’s Gold Circle competition received the highest number of entries in its history, and AFE is one of only 15 organizations to earn the honor. The competition’s panel of judges included marketing, membership and communications professionals at associations, nonprofits and for-profit organizations.
ASAE is an organization of more than 21,000 association executives and industry partners representing 10,000 organizations. Its members manage leading trade associations, individual membership societies and voluntary organizations across the U.S. and in nearly 50 countries around the world.
In March, The DC Ad Club presented AFE’s first award, a Silver 2014 American Advertising (ADDY) Award recognizing the video’s creative excellence.