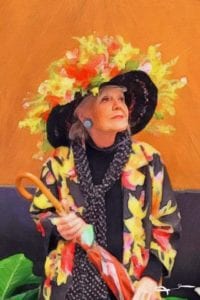 Created with a $1,000 contribution from PFCI members, the Bobbi Ecker-Blatchford Memorial Tribute — affectionately called “Bucks for Bobbi” — honors her life and contributions to the floral industry.
“Bobbi was an inspiration and left an impact on everyone she met. We miss her dearly and cherish our memories of time spent with her,” said PFCI Board of Trustees Chairman D Damon Samuel, AAF, AIFD, NAFD, NMF, PFCI, of the Bill Doran Company in Omaha, Neb.
“So much of what AFE does is what Bobbi was all about — educate, inspire, develop new talent and promote a healthy floral industry. Bucks for Bobbi is our mission to honor Bobbi and continue her life mission.”
Barbara “Bobbi” Ecker-Blatchford of Watervliet, Mich. was born on Aug. 24, 1931 and devoted her life to the floral industry. She worked at her family’s floral and greenhouse operation, Ecker’s Flowers, in Waverly, Iowa. She later started her own company, The Flora Pros., in Chicago. For 15 years, she also worked with FernTrust, Inc., a co-op made up of 13 family farms in Seville, Fla.
Over the course of her 60-plus-year career, Ecker-Blatchford became a noted speaker, commentator, award-winning floral designer and consultant to manufacturers, growers and distributors in the U.S., Canada and South America. In addition, she established innovative and cutting edge floral techniques and concepts that are still in use today. 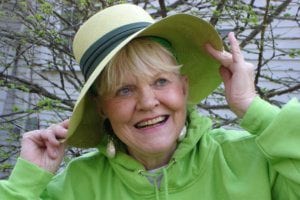 She was recognized and honored by many industry groups, including the American Institute of Floral Designers, International Floriculture Expo and Michigan Floral Association, which inducted her into its Hall of Fame in 2012. SAF recognized Ecker-Blatchford with PFCI’s 1997 Tommy Bright Award for lifetime achievement in floral presentation.
The talented and forward-thinking designer was highly regarded in the industry and will be remembered fondly by her peers for her love of hats, her light-hearted spirit and joy she took in people, flowers and life.
To contribute Bucks for Bobbi: