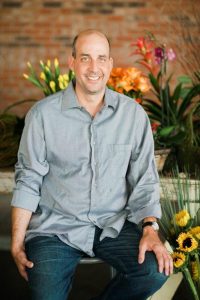 A memorial tribute has been established by the Next Level Florist Group to honor Michael Kraft who passed away April 25, 2019, at the age of 52. Michael passed away peacefully in his home after an eight-year battle with cancer.

Michael was a treasured member of the floral industry from the age of 22 when he joined the family business. Alongside his two brothers, for over 30 years, he co-owned Nanz & Kraft Florists in Louisville, Kentucky, founded in 1850.

Along with buying as many flowers and plants as were available from local Kentucky and Indiana farms, Michael traveled from South America to California to build grower relationships and procure the freshest flowers for his customers. With the goal of always improving Nanz & Kraft, he traveled 2-3 times a year for peer group meetings, learning what other shops did best and bringing those ideas home. This eagerness to learn was also shown during his time as President of the St. Mathews Business Association. 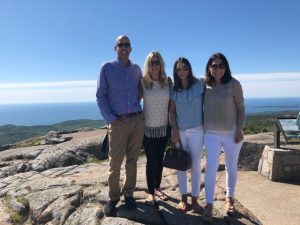 Michael married his wife Allison in 1989 and together they had two daughters, Shelby and Lindsey. He loved traveling with his family, cooking, being with friends, skiing in Colorado, and supporting the University of Kentucky (his alma mater) and the University of Louisville. 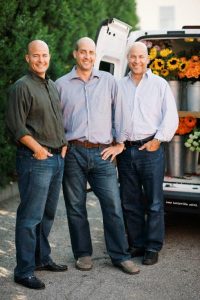 “Michael was so positive and inspirational, that people and families touched by cancer, began showing up at Nanz & Kraft seeking out his positivity, motivation and leadership to fight,” said his brother, David. “There was nothing that could dampen his spirits or convince him that life was anything but something beautiful to get out and experience. He was a beacon for his family, his business, and the community.”

Michael is survived by his wife, Allison Anderson Kraft and daughters Shelby Kraft Hyman (Alex) and Lindsey Kraft. He is also survived by his parents Carol and Ramsey Kraft, brothers Eddie (Sharon) Kraft, David (Susan) Kraft, as well as his in-laws Brenda and John Anderson, and his nieces and nephews.

Contributions to the Michael Kraft Memorial Tribute can be made here, or by sending a check to: