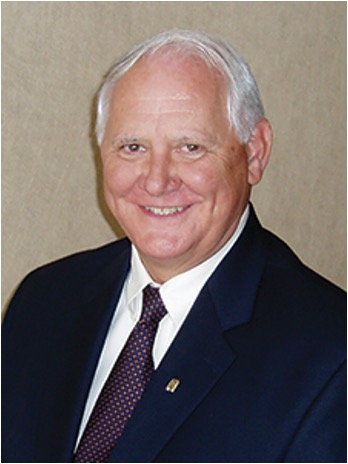 Del Demaree Jr. passed away on January 2nd, 2023, at the age of 85. Del was a longtime industry member with over 60 years of experience, a business expert, and a devoted family man. He was the Chairman of Syndicate Sales, Inc.

Del was a second-generation owner who took his family business, Syndicate Sales, to new heights. In 1967 he became president of the company, which took off due to his vision and entrepreneurial drive. By this time, products such as the Aquapic, the Design Bowl, and Everlastin’ Baskets were three widely used staples. In 1968, Del introduced Fronzwood containers, the Candelite Cardette, and Hoosier Glass.

While Syndicate’s product lines under Del’s direction continued to expand and influence all parts of the industry, he also sought out leading-edge solutions to other challenges, most notably the unnecessary slowdown in the supply chain. In 1981, Del formed Hurryin’ Hoosier Transport, a delivery system that integrated customer route calling with weekly deliveries anywhere in the United States. This helped the wholesaler stay competitive by keeping inventory dollars down, and inventory turns up. 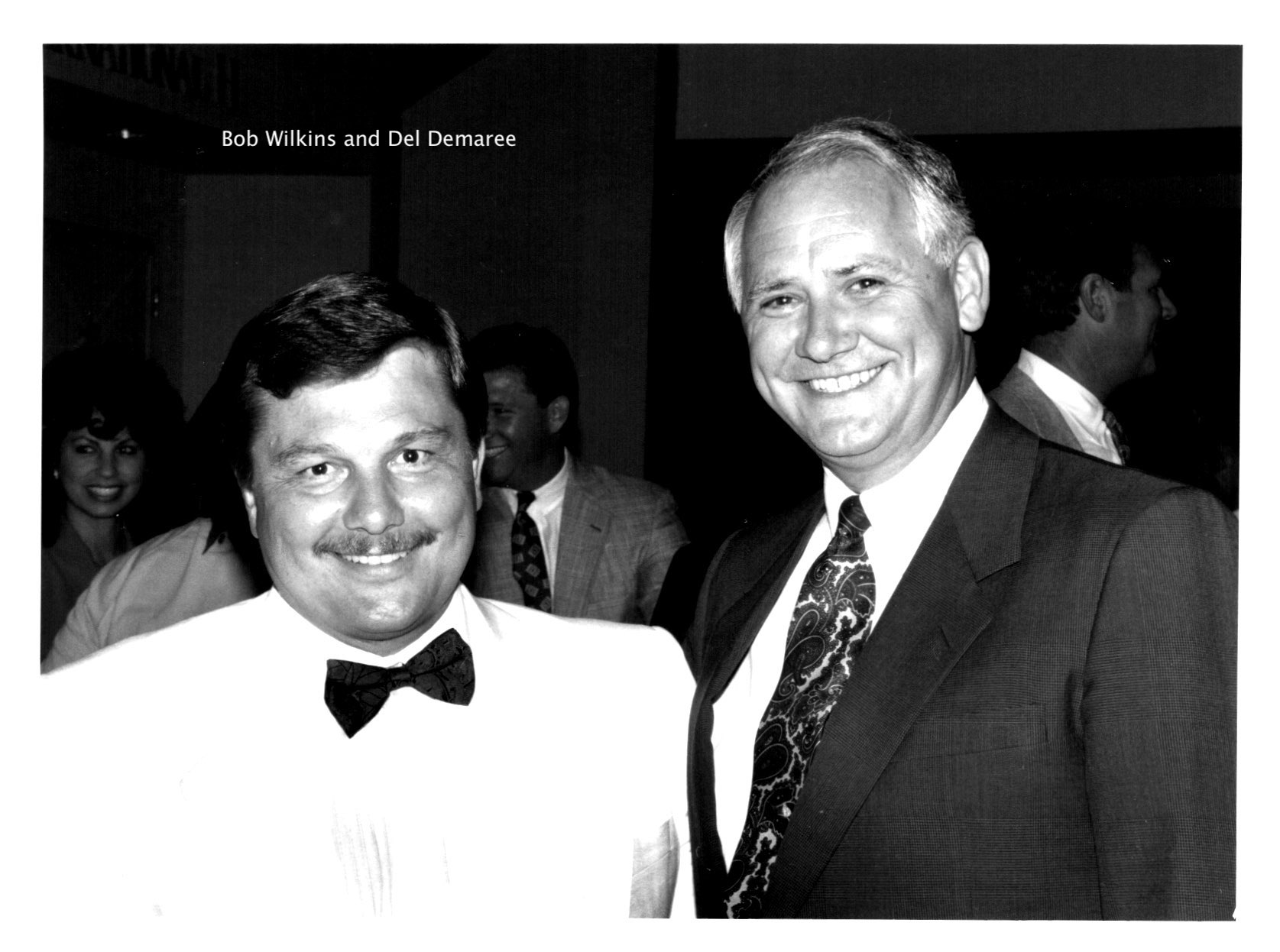 Under Del’s guidance, Syndicate was the first company to use barcode shipping to add a new level of transparency, accountability, and efficiency to the supply chain. Del also pushed Syndicate to become among the first in the industry to implement online ordering. In 1994, Syndicate began manufacturing floral preservative, Aquaplus, and floral foam, Aquafoam.

Raised on farms in Michigan and then outside of Kokomo, Indiana, Del’s first taste of being an entrepreneur was when he sold chickens from the family farm door to door. During that time in the mid-’40s, Del’s father spent four days a week farming and three days on the road selling giftware to florists. It was around this time that the family business was born. During his early years with the company, Del learned the values of stewardship, hard work as well as honoring customers, creditors, and employees. He also understood and modeled the importance of volunteerism and community service.

In the 10-year span from the mid-’50s to mid-’60s, Del graduated from high school, got married, started a family, served as a manufacturers rep for several hardgood companies, and graduated from Indiana University. By this time, the manufacturing side of the business had gone bankrupt, but the selling arm of Syndicate Sales remained. When his father retired in 1967, Del became president. From there, the company’s growth took off due to Del’s vision and entrepreneurial drive. 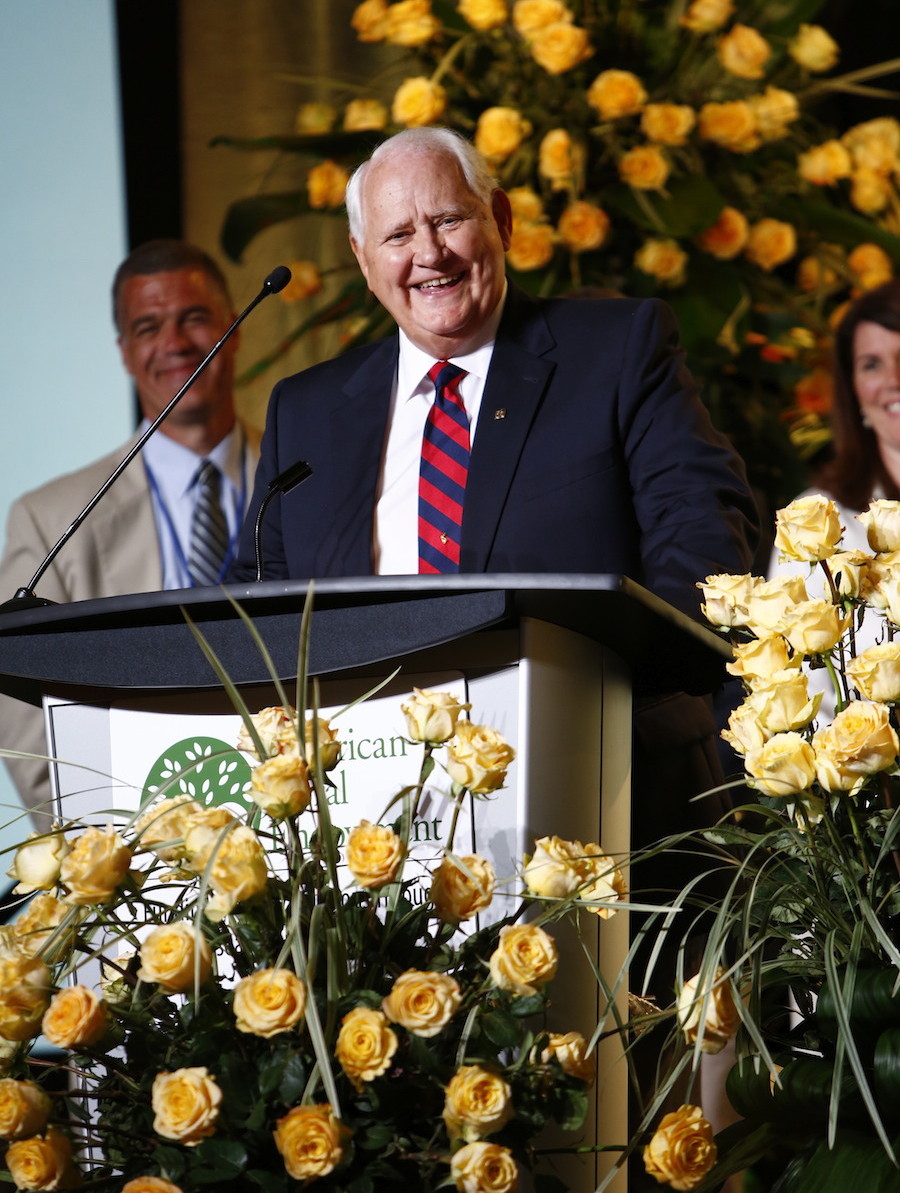 Throughout his long career, Del had an unsurpassed commitment to giving back to the floral industry and to the American Floral Endowment. Del dedicated a tremendous amount of time and energy to participate in associations and organizations.

Del was AFE’s Chairman from 1992 to 1993 and a longtime supporter. His commitment to the Endowment spanned across decades.

Del and his family established the Del Demaree Family Fund through AFE. In 2015, he established the Business Internship Program based from the family fund. Through this program, he created a legacy supporting the next generation of business students in the floral industry. The students get direct experience at their internships, and after completing the program, they can qualify for one of four annual $2,500 scholarships, all thanks to Del’s support.

“Del Demaree had a dedication and love of his family, his friends, his business, and the floral industry that had no boundaries. Del’s smile filled the room, and his laugh filled your heart with warmth. He gave freely and endlessly of himself. He made a difference in so many ways and so many places. I am very proud to say Del was my dear friend, and I will miss him,” reflected Dwight Larimer, Past AFE Chairman and Trustee.

His leadership and service spanned across other industry organizations as well, notably as the Society of American Florists (SAF) President from 1981-1983 and as Treasurer and Director for the Wholesale Florist & Florist Supplier Association (WF&FSA). He received the American Institute of Floral Designers Award of Merit, WF&FSA’s Leland T. Kintzele Distinguished Service Award, was named the GLFA Wholesaler Tradesman of the Year, and was inducted into both SAF’s and WF&FSA’s Hall of Fames. 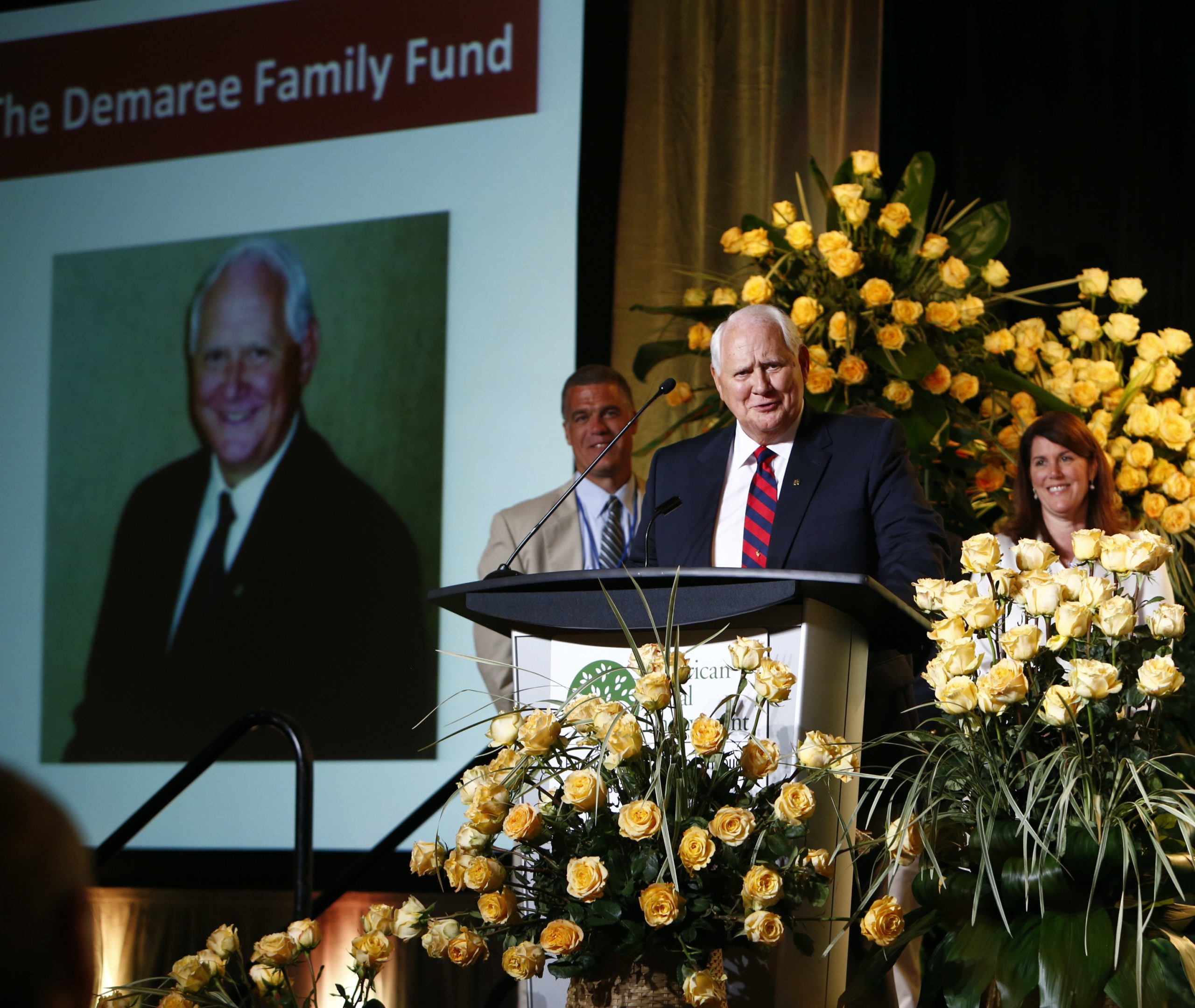 In addition to the floral industry, Del’s service to his community was diverse and significant. He served on the Kokomo Mayor’s Advisory Council, the Kokomo Symphonic Board of Trustees, the IUK Board of Advisors, and received the IUK Chancellor’s award in 1985. Over the years, he also served as president of the Chamber of Commerce, the United Way of Howard County, the Y’s Men, and the Howard Country Progress Committee. In 2013, he was inducted into the Howard County Historical Society Hall of Legends. In 2016, as lead donor in a core group of donors supporting a new Kokomo YMCA facility, the board members honored Del by naming the structure, the Delmar E Demaree Family YMCA. From 2020-22, he served as a board member for the Songbook Foundation at the Center for the Performing Arts in Carmel, IN.

When he wasn’t serving the floral industry and his community, Del took great pride in being together with his family. He is survived by his five children, Trip Demaree, Laura Shinall – past AFE Chairman (Larry), John Demaree (Elizabeth), Anne Chadwick (Bob), and Sarah Clark (David); 16 grandchildren; 8 great-grandchildren, and his wife, Libby.

Details for Del’s service can be found here, where you can also send flowers. Additionally, you can make a contribution to honor Del’s legacy of giving back through the Del Demaree Memorial Tribute. Donations can be made online here or by sending a check with this form to: