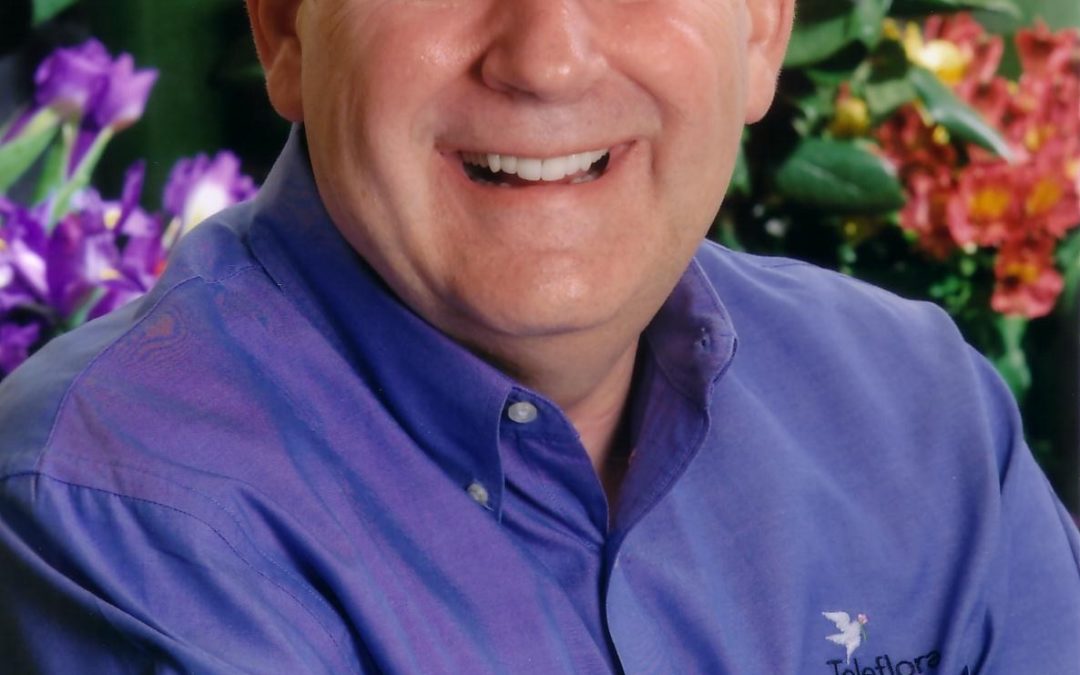 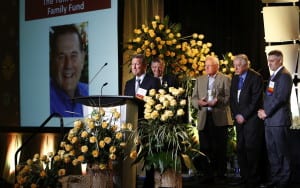 Renowned floral industry icon and AFE Development Chairman Tom Butler was recognized for establishing The Tom Butler Family Fund at AFE’s Annual Fundraising Dinner on Aug. 14 in Marco Island, Fla. Attended by more than 250 industry members, the dinner was held in conjunction with the Society of American Florists’ (SAF) Annual Convention. It was later that evening the industry learned Tom had passed away, surrounded by family after his battle with cancer.
Tom established the Tom Butler Family Fund with a contribution of $50,000 in July to provide undesignated funds to support AFE’s research and grant efforts.

AFE Fundraising Dinner attendees who had been touched by Tom’s friendship were asked to stand during the presentation.

Tom was a longtime devoted advocate for the Endowment, beginning his service as a trustee in 2006. He served as development chairman from 2008-2014, as chairman from 2010-2012 and was recently appointed as an emeritus trustee.
“Everyone who knew Tom was not only impressed by his energy but also his compassion and sincere interest in our industry and each one of us,” AFE Development Co-Chairman Charles Kremp of Kremp Florist said. “Tom’s fund will be at AFE forever in appreciation of Tom and Becky’s commitment. Tom will be forever in our memories as a very special person and a very good friend.”
Known for possessing an unparalleled knack for fundraising and for his significant interest in expanding and improving the Endowment, Tom helped raise more than $2 million by establishing new industry named funds within AFE since 2011.
“Tom was the disciple that our heavenly father placed before all of us to create friendships and love for the floral industry,” Tom’s good friend Dave Gaul of DWF Wholesale Florist Company said. “He touched every part of the industry and would hope everyone would see the value in giving back the floral industry through AFE to see this industry flourish.” 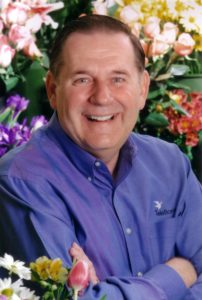 Born in Detroit, Tom began his distinguished career in the industry more than 44 years ago. After holding multiple prestigious positions, he joined American Floral Services (AFS) as President and CEO in 1985 and in 2000 led the company’s successful merger with Teleflora, creating the world’s largest flowers-by-wire company. As Teleflora chairman, Tom guided Teleflora as a trusted business partner, national marketer and technology innovator for independent retail florists.
In addition to serving as World President of Teleflora International, he was a member of the American Academy of Floriculture and Professional Floral Communicators-International. He was a past board member for SAF and was inducted into the SAF Hall of Fame in 2012 for his outstanding contributions to advancing floriculture in America. Tom and his wife, Becky, resided in Salt Lake City and made frequent trips to visit his daughter Amy and her family in Dallas.