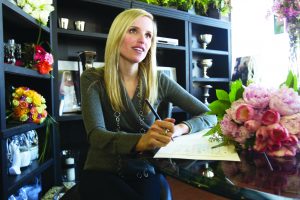 A memorial tribute has been established by industry members Lori, Brian and Tanner Wheat from Lafayette Florists in Colorado, Charles Ingrum of Dr. Delphinium in Dallas, Texas, and the Midwest Group to honor Shelby Shy who passed away May 8, 2019 at the age of 38. 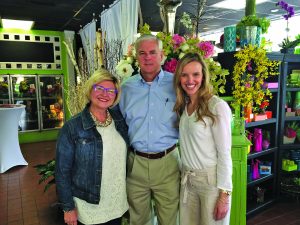 Shelby was a beloved member of the industry, which she joined at only 14 years old as she began working in her family’s business, Shirley’s Flower Studio in Rogers, Arkansas. Shelby is the daughter of Jo and Randy Buttram.

After graduating from the University of Kansas with a degree in Business Communications, Shelby returned to Northwest Arkansas and worked as an apparel buyer for Wal-Mart for 8 years. She returned to work in her family’s Floral business and worked for 7 years. From this time on, she became a well-known member of the floral industry community. In 2017 Shelby established her own Consulting Firm Coleman-Brooks Consulting.

She served as AFA’s president and on their board. Shelby is a former president of the Arkansas Florists Association. 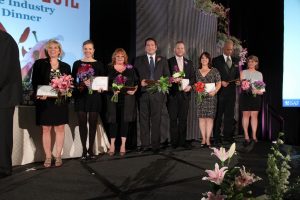 She was also actively involved in the Society for American Florists, as a volunteer group leader who helped with regional educational sessions and served on their Consumer Marketing Committee. She holds the SAF honor of being a member of the American Academy of Floriculture (AAF.)

“Shelby brought such a beautiful energy and positivity – and innovation – to her contributions to SAF. She was so generous with her ideas as a member of our committees and councils,” said SAF CEO Kate Penn. “Anything we asked her to do – whether take part in an article, or develop and lead a program for convention, she said ‘yes’ to. Her generous spirit was so inspiring. Plus, she was just really fun to be around!”

In addition to her parents, Shelby is survived by her two sons, Brooks and Coleman and other extended family members.

Contributions to the Shelby Shy Memorial Tribute can be made here, or by sending a check with this form to: