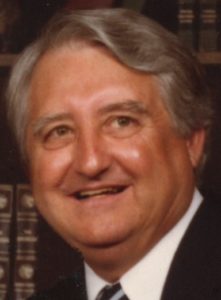 A memorial tribute has been established within AFE honoring Ross H. Pierce, a floral industry leader whose accomplishments include founding Tennessee Wholesale Florist in Chattanooga, Tenn., as well as founding Americana, Inc. He died May 6, 2013 at age 90.
Americana, Inc., a floral distribution group, established the tribute for Pierce, who began his career in the retail floral industry in his hometown of Knoxville, Tenn., after serving in the U.S. Army during World War II.
“Ross was a visionary within the floral industry who was always willing to help others to achieve greater success,” Walter Rojahn of Rojahn & Malaney Co., president of Americana, Inc., said.
In 1953, Pierce co-founded Tennessee Florist Supply, Inc., where he was president/CEO until 2000. In 1956, he moved and opened Tennessee Florist Supply of Bristol before co-founding Tennessee Wholesale Florist in Chattanooga in the late 1950s. 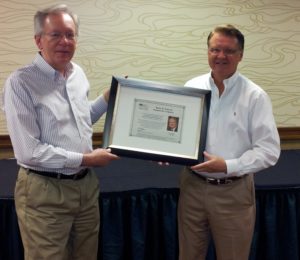 Pierce was dedicated to the floral industry, serving as a board member for the Society of American Florists (SAF) and the Wholesale Florist and Florist Supplier Association (WF&FSA). In 1978, Jimmy Carter presented Pierce with the Honorary Presidential Award on the White House lawn for his exceptional contributions to the floral industry.
To make a contribution to the Ross H. Pierce Memorial Tribute, donate online and specify the donation is for the Ross Pierce Memorial Tribute. Alternatively, checks can be mailed to:
American Floral Endowment
c/o Ross Pierce Memorial Tribute
1601 Duke Street
Alexandria, VA 22314
All AFE contributions are tax deductible, and the family is always notified of a donation.
Memorial tributes are a way to remember and honor industry members, family and friends in a special and lasting manner. A $1,000 contribution establishes a tribute. Once established, contributions can be made in any amount.