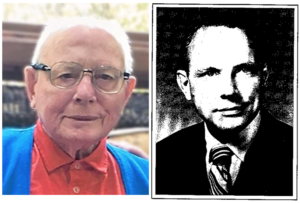 A memorial tribute has been established by Red and Katie Kennicott through the American Floral Endowment (AFE), honoring Donald (Don) E. Hook, AAF.

Don passed away peacefully on Sunday, March 20th, 2022 at the age of 92. Don was a longtime member of the floral industry and a devoted family man.

Don was the owner of Pittsburgh Cut Flower, which was founded in 1898. He started working there when he was just 21 years old and continued for the next 50 years. “His passion for flowers came from his understanding that they helped people express so many emotions,” says his son-in-law, Bob Luthultz, 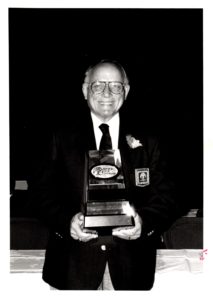 In 1976, Hook bought the company from his father. After taking over the business he also took on several other volunteer leadership roles. In the late 80s, he served as a member of AFE’s Board of Trustees. Don served the Endowment in many capacities: Secretary, Vice Chairman of Fundraising and Chairman. He also chaired the 1983 Phone-a-thon participating as one of our most successful fundraisers. He was also a former president of the Society of American Florists (SAF) and the Wholesale Florist and Florist Supplier Association (WFFSA).

“Don’s example and encouragement were an inspiration to me and many other young people to enrich our lives by participation in floral industry associations,” noted Red Kennicott of Kennicott Brothers Company.

Additionally, Don was a member of the board of West View Savings Bank where he earned the title of chairman emeritus. He dedicated many hours volunteering at his church and was one of the founders of its North Hills Community Outreach.

In his free time, Don continued his commitment to our industry through gardening. He also devoted much of his time to his loving family. 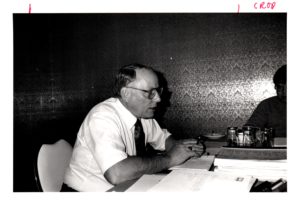 Don will be remembered for his commitment to flowers and his family. His leadership and guidance will not be forgotten. In his time with AFE, he was well known for his sense of fairness, objectivity, and professionalism.

Contributions to the Don Hook Memorial Tribute can be made online here, or by sending a check with this form to: