Tribute Established in Memory of Gene and Evelyn Yoshihara

The Tagawa family has established a new memorial tribute in memory of lifelong floral industry figure Eugene “Gene” Yoshihara, who passed away on July 30, 2016. He was 80 years old. 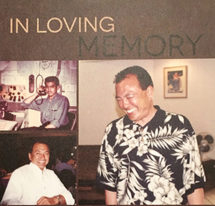 Created with a $5,000 contribution through AFE, the Eugene and Evelyn Yoshihara Memorial Tribute honors the respected industry veterans and continues their legacy.

Gene Yoshihara was born to immigrant parents in Los Angeles County, Calif. in 1935, and was relocated to a concentration camp in Granada, Colo. during World War II when he was only six years old. When he and his family were released two years later, they began working on a farm in Brighton, Colo. until they moved to Lafayette in 1949. His parents, who were vegetable farmers, started a farm with a produce stand on a two-acre lot, which is the same location that Lafayette Florist, Gift Shop & Garden Center now resides.

After joining the U.S. Navy and serving his military duty, he returned to Lafayette and the family farm, where he learned about the greenhouse business. 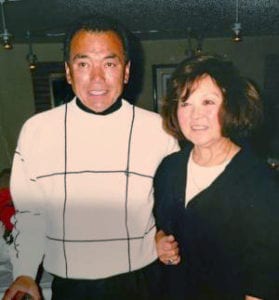 Gene was an active member of the floral industry, mentoring growers and building high-tech greenhouses. He and his wife Evelyn consistently supported AFE throughout their lifetime. In 2002, they were inducted into the Colorado Floriculture Hall of Fame.

Evelyn Kodama-Yoshihara greatly contributed to the growth of Lafayette Florist. She was a Hawaii native who came to Colorado to go to college and teach elementary school but changed careers quickly as her husband’s florist grew and needed a financial mind. Evelyn taught dozens of floral associates to become accomplished designers including her daughter Sandi-Yoshihara-Sniff, AIFD, AAF, CFP.  Evelyn served as Chief Financial Officer and served on the Boulder Community Hospital Board of Directors.  Evelyn knew the importance of running a financially sound business in her roles as a business owner, manager, designer, buyer, and team leader.

Gene served on the Colorado Carnation Growing Board, Centralized Grading (where he shipped carnations across the country) and the DWF Board of Directors. He also served on the Society of American Florists (SAF) American Floral Marketing Council and the SAF Growers Council. In addition, he was a member of the American Academy of Floriculture.

Their daughters Sandi Yoshihara-Sniff and Lori Wheat, along with her husband Brian Wheat, took over the family business in 1984. Lori and Brian’s son Tanner joined in 2013, which brings the business into its fourth generation.

The Yoshihara family business has been serving the community for nearly 70 years and is one of the longest-running businesses honored by the Japanese American National Museum in California.

If you would like to honor the legacy of Gene and Evelyn Yoshihara with a contribution to this tribute, you can do so here or mail your contribution to: