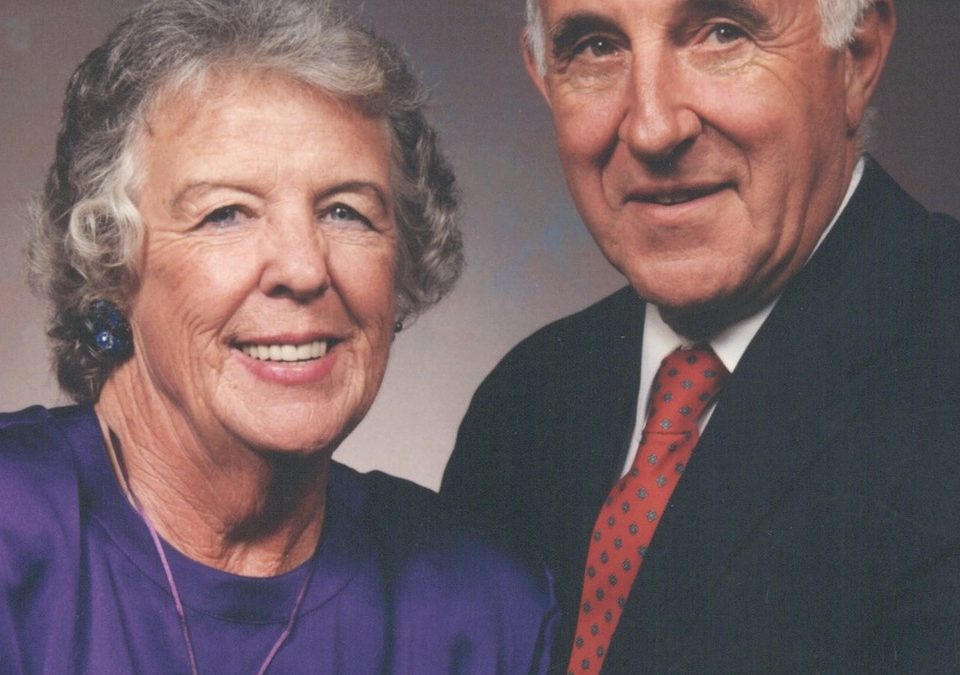 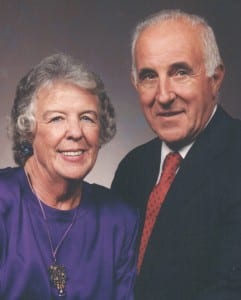 Past AFE Trustee David Niklas and wife Zoe Niklas established a memorial tribute honoring David’s parents, Edmund (“Ed” or “Nick”) Robert Niklas and Dorothy (“Dot”) Niklas. Ed died Sept. 16 at age 93, and Dorothy passed away Nov. 20, 2008.
Ed, former president of Clackamas Greenhouses, Inc. in Oregon, was a strong supporter of AFE since its inception through generous donations and as a host of numerous AFE Vic and Margaret Ball and Mosmiller interns.
“My parents were proud to be part of an industry that could produce an entity like AFE, and they would be proud that they can still continue their support,” David Niklas said.
Ed was born into floriculture. In 1911, Ed’s father and grandfather became partners in Rahn and Herberts Greenhouses in Clackamas, which incorporated in 1922 as Clackamas Greenhouses, Inc.
Ed met Dorothy in 1941 after graduating from the University of Oregon with a business degree. They were parted the next year when Ed enlisted in Officer Training School for the U.S. Marine Corps and spent the next several years in the Pacific Ocean theatre during World War II. He married Dorothy on his one stateside leave and was discharged in 1945 with the rank of Major. Eventually, the couple settled in Portland to raise a family that would grow to five children.
In 1955, Ed purchased the half of Clackamas Greenhouses, Inc. not owned by his father and made the company a specialist in year-round potted flowering plants, creating one of the first weekly mum programs in the Pacific Northwest.
Ed was president and general manager of Clackamas Greenhouses until 1986 when David, the couple’s eldest son, became president. Ed remained Chairman of the Board for two decades after that. Later, the couple’s younger son Mark and daughters Susie Rough and Joan also joined the business.
An influential member of the local and national floriculture communities, Ed served as president of the Oregon Flower Growers Association, board member for the Northwest Florists’ Association and the Oregon Florist Association and on the Society of American Florists advisory board on western air cargo in the 1960s. Dorothy accompanied him on many industry assignments throughout his career.

American Floral Endowment
c/o Ed and Dorothy Niklas Memorial Tribute
1601 Duke St.
Alexandria, VA 22314
Memorial tributes are a way to remember and honor industry members, family and friends in a special and lasting manner. A $1,000 contribution establishes a tribute. Once established, contributions can be made in any amount, and the family is always notified of a donation.