Purdue University’s motto is “Education, Research, Service.” During AFE’s August Board Meetings last month, the Trustees witnessed the school taking pride in living up to this motto. While in West Lafayette, IN., the Board had a chance to experience all three of these crucial facets to the university.

The trustees started their day with a bit of education themselves: a Board Orientation. 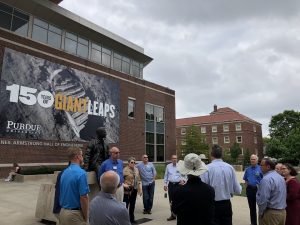 They had the privilege of having Bob Harris, a man who has his fair share in the association and nonprofit world. He informed both new and returning board members about their roles and responsibilities of being on the AFE Board of Trustees.

Afterward, the group visited Purdue’s campus. They started with Armstrong Hall, where they were able to see the college’s Space Exploration Education program. A student member of the Aeronautics/Astronautics program showed us around. 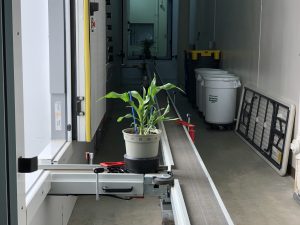 Next, the Trustees were onwards towards the Stewart Center, where they saw the Land Grant murals. They visited the HORT Greenhouses and saw the Jules Janick Horticulture Garden. In the Horticulture Building, they heard lightning talks from professors and graduate students about the research being conducted.

The tour continued as the group visited the Controlled Environment for Phenotyping where they received a tour and witnessed some of the operations in action.

There was one last stop before the end of the tour: the Entrepreneurship Center. The Board learned about the certification that is offered for students that encourages an entrepreneurial mindset. Many Trustees agreed that they would have been the first to sign up for courses in this program, had they been offered at the time. 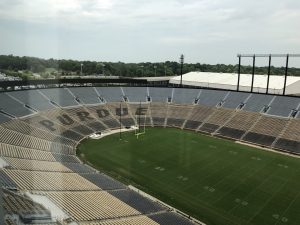 The day ended with a beautiful view of the campus on one side and the football stadium on the other. 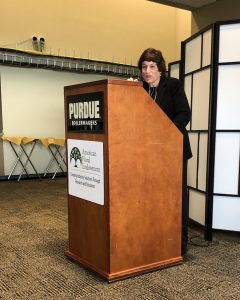 Purdue faculty and staff, as well as local industry members, joined AFE Board and staff members for dinner at the Ross-Ade Stadium. Karen Plaut, Dean of Agriculture at Purdue and Dr. Jay T. Akridge, Provost and Executive Vice President for Academic Affairs and Diversity spoke about the university’s unique horticulture programs and then Dr. Aaron Patton, Interim Department Head, accepted a plaque in honor of the years of partnership between Purdue University and AFE.

The next day, the Board met for Committee meetings, concluding with the Board of Trustees Meeting. From breakout sessions to committee reports, the meetings produced new, innovative ideas all around. Purdue’s display of Education, Research and Service gave us great direction!