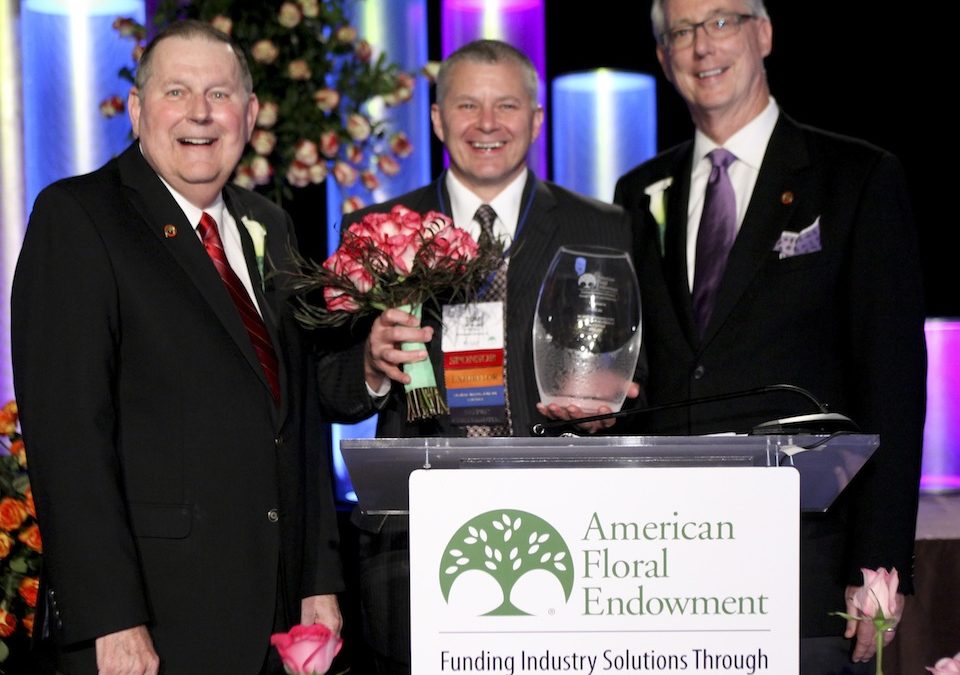 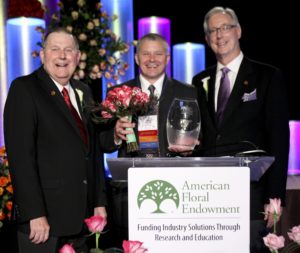 Murder, sex and greed were on the menu for the 200-plus attendees of AFE’s 2013 fundraising dinner, held in conjunction with the Society of American Florists’ Annual Convention in Phoenix.
In the animated eye-opening awareness video that debuted at the dinner, murder, sex and greed describe solutions AFE-funded research has unearthed, from controling and eliminating pests to solving breeding and genetic issues.
“‘Murder’, ‘sex’ and ‘greed’ are not words normally associated with our industry – until now, and for good reason,” Charles Kremp, AFE Trustee and Public Relations Committee Chairman, said.
This new video takes a bold and shocking approach to reach the industry and explain how important the Endowment is to advancing floriculture for all industry segments.
AFE Development Chairman Tom Butler announced five new undesignated named funds-including The FTD Fund, now AFE’s second largest named fund. Undesignated funds allow AFE to use donations where they are most needed and can be created with a pledge or donation of $25,000 or more.

The new undesignated funds are: 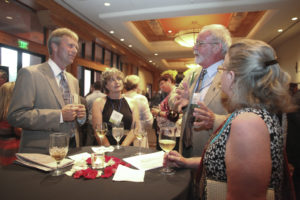 More than 200 attendees chatted and networked at the fundraising dinner’s reception.

Chairman Paul Bachman reported AFE is funding more than $400,000 this year in scientific research, grants and scholarships, including three new scholarships: The American Florists Exchange Scholarship, the Julio and Sarah Armellini Scholarship and the Richard T. Meister Scholarship. In total, AFE now awards 23 different scholarships annually, ranging from $500 to $5,000.
AFE also announced the recent launch of the Floriculture InfoSearch Library, funded by AFE with North Carolina State University, is a powerful search engine for convenient and comprehensive access to floriculture information dating back to the early-1800s. From just Sept. 1 to Sept. 17, the website had 56,230 hits and 1,558 unique visitors.
Results were released from the Floral Marketing Research Fund’s (FMRF) new study on Purchasing Barriers for Non-Flower Buyers, made possible largely by a $600,000 donation in January from the Flower Promotion Organization (FPO). To access the study or others, like a social media guide or study about flowers as gifts, create an account online for free.
Additional photos from the dinner are available on the AFE Facebook, Google+ or by contacting AFE Communications Specialist Suzanna McCloskey.
Make an online donation today and help the Endowment continue to support the industry!