Pete and Brenda Garcia: Getting Ahead by Doing the Right Thing 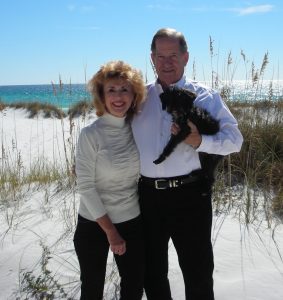 Second in a series honoring members of AFE’s Legacy Circle. Created to recognize persons who have made provision for a planned gift to AFE, the Legacy Circle celebrates their significant contributions, enriching our past and securing our future. For more information, contact Debi Chedester at (703) 838-5211 or visit endowment.org/legacy-circle.

Is it possible to found a business empire while pursuing every opportunity with scrupulous integrity? Not only possible—there could be no other way forward, in the vision of Pete Garcia.

Pete’s life story reads like a Horatio Alger novel. Starting out as a delivery truck driver, by dint of hard work he rose to launch several companies, which are today united under one enterprise with a unique business model. Early on, he also bent his energy and imagination to a leadership role in the industry—among other achievements, driving the creation of what was for many years the industry’s most important trade fair.

Well matched in life and business with a supremely capable wife and partner, Brenda Shockley Garcia, Pete has been, relatively speaking, a low-profile leader—never running for office, for example, but allowing himself to be drafted into service with organizations he believes in strongly, like the American Floral Endowment, where he served on the board for ten years, culminating in his chairmanship from 1993 to 1995.

Little-known fact: Pete was involved in naming the American Floral Endowment. “When it started, it was SAFE, the Society of American Florists Endowment,” he recalls. “But at the first fundraising phone-a-thon, we would call and people would say, ‘Oh, we’re members already.’ We had to make people understand there was a difference between SAF and the Endowment.” That’s when Pete, then publicity chair, suggested the name the Endowment bears today.

“We drew that tree [the Endowment logo] at a meeting,” he remembers: “a tree of life, with roots that feed the tree—that’s the growers, retailers, wholesalers, all the members of the industry who contribute—and the fruits that all those people would share.” 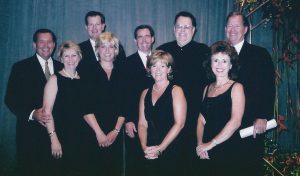 Anyone who knows Pete Garcia knows the high importance he places on family and the pride he takes in the values inherited from his father, Jose (Joe) Antonio Garcia Nunez, who immigrated to the United States from a small fishing village in Spain, arriving in 1912.

Seeking a better life for their son, Joe’s parents had apprenticed him to a woodworker. Through hard work, exceptional talent and close observation, Joe became in time a master cabinet builder—a skill that proved to be his ticket to opportunity in the New World.

Diligence, generosity, consideration, and respect for authority without compromise of self-respect: these are among the values passed on by Joe and the woman he married, Anne Bell Garcia.

At the end of his life—he lived to be 95—Joe Garcia was still using and sharing his extraordinary cabinet building skills in a workshop established for him at the facilities of the Pete Garcia Company. Today his workshop serves as a reminder, honoring his legacy of excellence and integrity.

In 1956, at age 19, a year and a half into college, Pete left school, needing to provide for the family that was already on the way. He found a job as a delivery truck driver for the well-known wholesale florist Oscar G. Carlstedt. Before his first year was out, he was made an assistant manager. Eight years later, he had served as a manager or assistant manager to several Florida stores and had become store manager at an Oscar G. Carlstedt store in Savannah, Georgia. By this time his children numbered three: Mike, Dave, and Kathy.

In 1965, Victor Levy, a manufacturer’s representative in floral supplies, was in failing health and looking for a successor. He pressed Pete to join him, offering him the southeastern zone to start. Within a year, Pete had put 130,000 miles on his car and increased business in his zone by $1.2 million. When Victor died, four years later, the business was Pete’s, as had been previously agreed upon.

Working out of an office he had created by digging in the crawl space of his home with a pickax, Pete hired others as salesmen, including his brother Ramon, just home from Vietnam. Pete’s first wife, Carol, manned the home office, providing support to the sales force—but business was so brisk she soon needed help; that was when Brenda Shockley, today Brenda S. Garcia, joined the company, moving to larger office space nearby.

In 1970, Pete incorporated as the Pete Garcia Company. Offices expanded. But it was in 1972 that he launched a two-pronged strategy unique in the world of floral supplies. First, seeing a market need that was going unfilled, he formed his own manufacturing company to supply mouth-blown glassware made for florists. This was the first of many companies created or acquired over the years, providing floral supplies from plastic products to permanent botanicals.

The second strategy was to negotiate exclusive sales agreements with other major suppliers. By combining these two strategies, Pete was able to create a one-stop shopping destination called FloraMart, today housed in a 30,000-square-foot showroom—a sophisticated and multifaceted operation unlike any other in the industry. 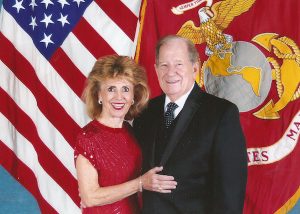 In 1973, Pete was instrumental in establishing the WF&FSA (Wholesale Florists & Florist Suppliers Association) Trade Fair, which grew in time to over 400,000 square feet. Turning a handsome profit, it subsidized other WF&FSA activities and served for many years as the American floral industry’s most important commercial event.

After serving WF&FSA in many different roles, Pete was elected president of the organization for the 1979-1980 term. In 1996, he was honored with WF&FSA’s Leland T. Kintzele Distinguished Service Award.

Another of Pete’s initiatives resulted in the Flora-Stats program, which provided a database of industry statistics under the aegis of the American Floral Endowment. While changes in the industry later brought about an end to the program, it demonstrated the value of such information and served as a stimulus for subsequent research efforts.

Other family members including Brenda, Pete’s sons Mike and Dave and his brother Ramon have likewise served the industry in leadership roles, expanding and continuing the family tradition. His extended family members are following in these footsteps.

With fond memories of American Floral Endowment fundraising in the early days, Pete fervently supports ongoing efforts to keep it well funded by reaching out to industry members, new and old, and making them aware of innovative giving programs that can be relatively painless to set up, like insurance policies. (For ideas and details, see the contact information at the top of this article.)

“We used to have a phone-a-thon every five years,” Pete remembers. “Brenda and I attended every one. Today, I think that’s fallen apart because of people’s schedules, but a letter doesn’t raise money like a phone call.”

Pete recalls telling a major ribbon manufacturer, “ ‘I need a five-year commitment. We’re trying to cure some problems with aphids.’ He said, ‘That’s not of interest to me.’ I said, ‘When number-nine ribbon gets put on every pot, it becomes very interesting to you.’ ” The activities sponsored by the Endowment, of course, go way beyond aphids—they embrace marketing research and other projects that benefit everyone in the industry directly. Pete’s point, however, is that in the flower business, we’re all in it together, and support is needed from all who reap profits from the work of the Endowment.

“If we didn’t have fresh flowers of the best quality at the best price, we would not sell nearly as many vases, picks, ribbons, flower boxes, and everything else that we sell,” Pete says.

“There’s not one retail florist that I meet,” he adds, “that I don’t always say, ‘Thank you very much for the hard work you do in order to get these out to the public and keep my family fed.’ ” 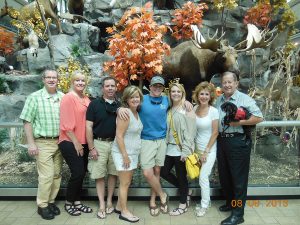 While the Pete Garcia Company, like many in the industry, is a family business, Pete has never pressured his children to join it or given preference to them without the hard work and commitment he would demand of any employee. Oldest son Mike died in 1992, but David and Kathy are very much part of the company’s present and future, David as president and Kathy as graphics manager.

All employees, in fact, are regarded as extended family and treated as such, with respect, opportunity, and in times of crisis, caring comfort. Pete gives credit to Brenda for her role as executive vice president and bulwark: “She is a fortress of strength here. She believes in the industry and she believes in the people. That’s what the industry is all about, and it’s what life is all about.”

A perspective worth remembering—and passing on.