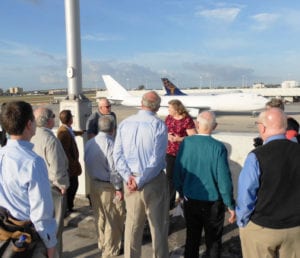 Christine Boldt talking to the Trustees at the Miami International Airport.

AFE Trustees held their January Board meeting in Miami, and also hosted a “Floral Summit for the Future” with the Board members of Association of Floral Importers of Florida (AFIF), Asocolflores representatives, and other local industry members.
In addition, Trustees were given a special tour of Miami International Airport (MIA) thanks to Christine Boldt of AFIF.
While in Miami, where 91 percent of flowers that are imported arrive, the Trustees were shown different areas of MIA and heard about the ways flowers are processed and shipped to U.S. wholesalers and retailers.
The first stop on the tour was the layout of the MIA cargo areas, where Trustees observed how cargo planes arrive right next to the airline cooler facilities. It takes only minutes for the airline pallets of flowers to enter the coolers.
Trustees then visited the cargo airline Atlas Air, which handles large volumes of flowers, and its inspection site. Cargo airlines understand the perishable nature of flowers, so they remove them from the planes as soon as possible and separate the boxes by customer.
The airline personnel puts together the paperwork and samples needed for the Customs and Border Protection Agriculture Specialists to inspect the products for pests and diseases. If a pest or disease is found, it is taken to the United States Department of Agriculture for identification and disposition, which can include fumigation, destruction or re-exportation to the country of origin. 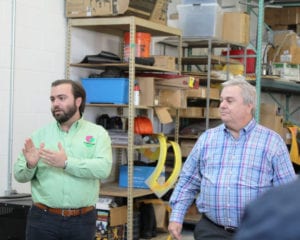 Once the flowers are released, they are picked up and taken to the importers, who ensure that the flowers are the best quality, are up to the industry standards and have been handled in the best manner. The importers then sell the flowers to the wholesalers and deliver the boxes to the truck line of the wholesaler’s choosing.
Trustees later toured The USA Bouquet Company to see how they process flowers for the supermarkets and mass market customers.
They also took the opportunity to tour Continental Flowers, where they learned how the facility works with the airport to deliver and ship flowers in a timely and effective manner.
Later that day, AFE hosted the industry forum “Floral Summit for the Future” for dozens of Miami and Colombian industry members, as well as AFIF and Young Professionals Council members. 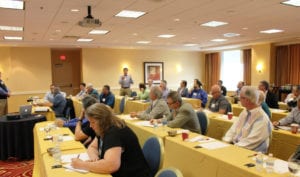 Floral Summit for the Future

The forum provided an outlet to discuss industry challenges and current research needs, and hear feedback on ways to tackle these issues. Industry members discussed their everyday challenges, and AFE shared its commitment to addressing these issues and finding solutions through research and programs.
Past AFE Chairman Gabriel Becerra of Golden Flowers hosted a reception and dinner that evening called “A Taste of Miami.” Many of those who attended the industry session also attended the dinner at Golden Flowers, who provided the flowers for the event.
Click here for more photos.

*A very special thanks to Christine Boldt for leading the tour, and the AFIF Board of Directors for sponsoring the tour and providing the transportation.