AFE announced that Jim Daly, VP of Floralife/Smithers-Oasis has been elected to serve a two-year term as AFE Chairman.

His appointment began during the AFE Annual Fundraising Dinner in Palm Springs, CA. Jim replaces Dwight Larimer of DESIGN MASTER color tool, inc. who served as Chairman for the past two years and will remain on the Board for two additional years as Past Chairman.

All will serve a three-year term and can be re-appointed for a second term. AFE Trustees are industry leaders who give their time and talent to help guide Endowment activities and programs benefitting the industry. All will also be appointed to a committee on either education, public relations and development, research, or the Floral Marketing Research Fund.

Mauricio Jaramillo is the President and CEO of Solé Farms in Miami, Florida.

Jaramillo got his start in the fresh cut flower industry in Colombia, where he was born in raised. He earned a Bachelor of Science Degree in Industrial Engineering from the Pontificia Universidad Javeriana in Bogotá.
He takes pride in the fact that Solé Farms provides career opportunities for not only its employees in the United States but also for its international employees. The company has workers in Colombia, Ecuador, Guatemala and Costa Rica. He says the company is “committed to growing and production methods that stress protecting the environment, worker safety, recycling and minimum pesticide use.” 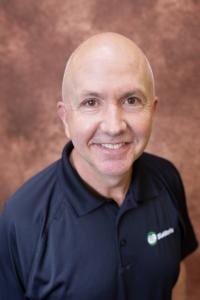 Bill Foster has been the President and CEO of BioWorks, Inc. in Victor, New York for over 20 years.

His experience in the industry reaches up to 32 years; he worked in various other positions at different floriculture companies prior to his current position.
Foster is a founding member of the Biological Products Industry Alliance. He also serves on the Scientific Advisory Board at the Vineland Research and Innovation Center as well as on the board of the Association of Natural BioControl Producers. Foster is a proud sponsor of AFE’s scholarship programs. He funds the “BioWorks IPM/Sustainable Practices Scholarship” and the “William and Jane C Foster – BioWorks Research Support Fund” to pursue research in sustainable horticulture. 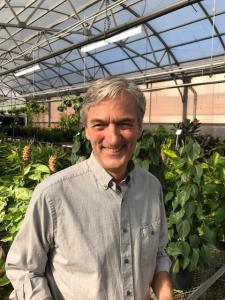 Steve Frye has been in the floral industry for 40 years. He currently serves as the Vice President of Basich and Skinner, Inc. in St. Louis, Missouri.

Baisch and Skinner, Inc. is a family-owned business that has been operating for 65 years.
Frye has served on the Society of American Florists’ Board of Directors, Wholesale Council and Marketing Committee. He is a member of the Gateway Greening, where he serves on the Advisory Council. Frye is an expert is in marketing, operations and greenhouse production.

Art VanWingerden is one of the co-CEOs of his family-run business, Metrolina Greenhouses in Huntersville, North Carolina.

Gabriel Becerra, past AFE and FMRF Chairman and Eric Levy of Hillcrest Gardens have now completed their terms. A HUGE thank you to Gabriel and Eric for their time and efforts to help future Endowment’s activities.